Our baby in review: His Ninth Month 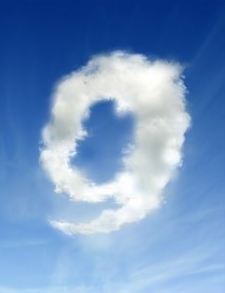 Baby Boy is nine months old. He’s officially been on the outside longer than he was on the inside. He is less than three months away from being a one-year-old.

Vital stats: At his six-month appointment, he was 19 lbs. We just got back from his nine-month appointment, and he was 20.4 lbs (and 28 inches long) — 50% percentile for both. Not a huge increase, but he’s right on track, which is good. Gone are the days when he was always in the 90% for weight, but I suppose a very active toddler-like baby doesn’t pack on the pounds quite as quickly as when he was a little potato-like baby nestled in my arms.
Milestones: He now stands completely unassisted all the time, but isn’t making any moves towards taking a step on his own. When he hands onto furniture, he flies around the room — just hasn’t seemed to make the connection yet between standing and cruising. He’s constantly getting into things, and loves to flush the toilet, play with toilet paper, explore cupboards, and pull things off shelves — he even scaled the barely-slanted wall of the bathtub like a little spidermonkey. He claps his hands, which is the cutest thing ever. It’s more of a hand-washing motion, which makes it even cuter. He waves at people through the window, either by pressing him hand against the glass and opening and closing his fist, or by banging on it.
Teeth: None! We met a baby at the movies last week who was only a month older and had six teeth. I have pretty much made peace with the fact that he may go straight to dentures.
Speech: Nothing yet, except for still crying “Mamaaaaaa!” from his crib. He makes sounds and yells, but no actual words.
Baby-proofing: I have started closing doors at lot lately. It’s just easier. We spend most of our time in the living room, dining room/kitchen, and his bedroom, so those rooms are babyproofed. He always goes for the select areas that aren’t, of course, like the computer. Darling Husband wants to buy those plastic “cage” walls, but I said no way. They’re fug.
What he’s been eating: Three meals a day, plus cereal at bedtime. His culinary experience was incredible this month — he tried so many new things! New foods this month were smoothies, baby pancakes, noodles with butter, grated cheese, grilled cheese sandwich bites, pasta shells with homemade veggie sauce, pasta shells with homemade cheese sauce, peas, whole-wheat toast bites, rice with mixed veggies, cheese tortellini, baby yogurt, homemade broccoli and cheese soup, and soda crackers. I owe his expanded palate to the fact that in my mind, eight months sounded way older than seven months, so I was more willing to give him different foods.
How we’ve been sleeping: He was still up about three times a night during his ninth month. He went to bed at 8 p.m., and was typically up for feedings around 10:30 p.m., 2 a.m., and 5 a.m., and got up for the day between 7 a.m. and 8 a.m. I think the tide is turning, though, during his tenth month — stay tuned.
Diapering: Even though I still love cloth diapers — and even bought two new ones this month! — we started using disposable diapers at night only during the last few days of his ninth month. The cloth just can’t combat nighttime leaks, unfortunately, and we think it might be causing his frequent waking.
Playing: We’re still going back and forth between his two “stations” in the living room — “Toy Corner” with all the loud, battery-powered stuff, and his toy basket across the room with his books, balls, and stuffed toys. He’s gotten even more hooked on books this past month, and loves when I read to him. His favourite is Baby Boo, and he also likes his touch-and-learn books that have textures on the pages. He loves sitting in the empty tub and playing with bath toys, and pulling the books and toys off the shelves in his room. We also started listening to more music — including a great CD of bible songs — and dancing around to the music.
Things that surprised me: How he totally gets what’s going on, even though he can’t fully express himself yet. He picks up his toy phone and holds it to his ear, even though I’d never actually done that with his play phone. He turns the pages in his board books when I read to him — sometimes I say “Next page!” if he forgets. He gets frustrated when I close the doors to the bedrooms and bathrooms, and tries to open them. He really seems to understand what “No” means — both listening to it and saying it by shaking his head. When I’m spoon-feeding him and he starts to struggle, I ask him if he wants more. If he shakes his head no, I respect that and stop feeding him.
Things that have made me melt: When he squeezes me around the neck in a hug, and presses his fat little hands on my face and gives me a sloppy, open-mouth kiss. He puts so much feeling into his hugs and kisses. When I read the first line of his favourite book (“Wakey waaaaaakey, sleep baby!”), his whole face lights up and he giggles. When I nurse him and look down at what a big boy he’s becoming. When I lie him on the floor and do the clock stretch or This Little Piggie and he laughs hysterically. We have so much fun together, and it’s just going by way too fast.

← Pampers, I owe you one …
Babies and beverages →