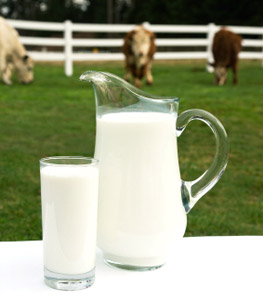 I have been thinking a lot lately about babies and beverages.

The liquids they drink in this crucial first year seems to be one of the most CONSTANT things we think about and talk about, doesn’t it? Breast milk, formula, juice, water, cow’s milk, blah blah blah. There’s always something to debate, something to fuss over, something to wonder if you should be doing/trying/stopping.

When Baby Boy was first born, breastfeeding basically consumed my entire life. No joke, it did. It was difficult and painful and nonstop, then just painful and nonstop, and then it was just nonstop. For months. It’s still a part of my life now, sure, but it’s definitely not my sole focus these days. He nurses. He drinks pumped bottles. He drinks it out of cups. It’s all good.

Since Baby Boy was born in early June, we had a hot, long summer before us. My mom Some people were convinced we should be giving him water to drink, since it was so sweltering outside. We agonized over it, but didn’t give him water (in little rations) until he was three months old or so, for fear the Breastfeeding Police would have us arrested. I was terrified giving him water before then would fill up his teeny tummy and he’s have no appetite for breast milk and God help us now! These days? He has all the water he wants. I make sure there’s always a sippycup of water on the floor when we’re playing. He loves it. It’s all good.

The juice thing was fairly low-key. When he was around six or seven months old, I noticed cans of apple juice in the grocery store and thought, hmm, sounds good. It’s fruit, after all. I started giving him watered-down apple juice sometimes at meals. I was SURE I was giving him the best treat and being the nicest mommy ever, but surprisingly, he didn’t like it. He made faces at the sourness and barely drank it. Then last month, a friend told me juice — even the totally pure nothing-added apple juice I bought — has no nutritional value and babies should stick with water or milk. He didn’t even like it yet, so it was easy to stop immediately. No juice for him, anymore. No biggie. It’s all good.

But cow’s milk! Now THIS has been an ordeal. Now that Baby Boy is nine months old — practically a teenager! — he is technically allowed to have it. I was a whole bundle of back-and-forth over this. Darling Husband is lactose-intolerant, so what is Baby Boy is, too? Oh, but milk is so good and I love it, and it’s so healthy! Oh, but what if it upsets his stomach? But I bet he’ll love it! Blahhhh!

I really had no idea, so yesterday, at his nine-month appointment, I broached the subject with Family Doctor.

Now I still have no idea. I guess we are going to wait, though. I was sure it must be a healthy thing for babies to start drinking when they were nine months old, but the sounds of “gas” and “loose stools” …? Um, no thank you. We’ll pass for now.