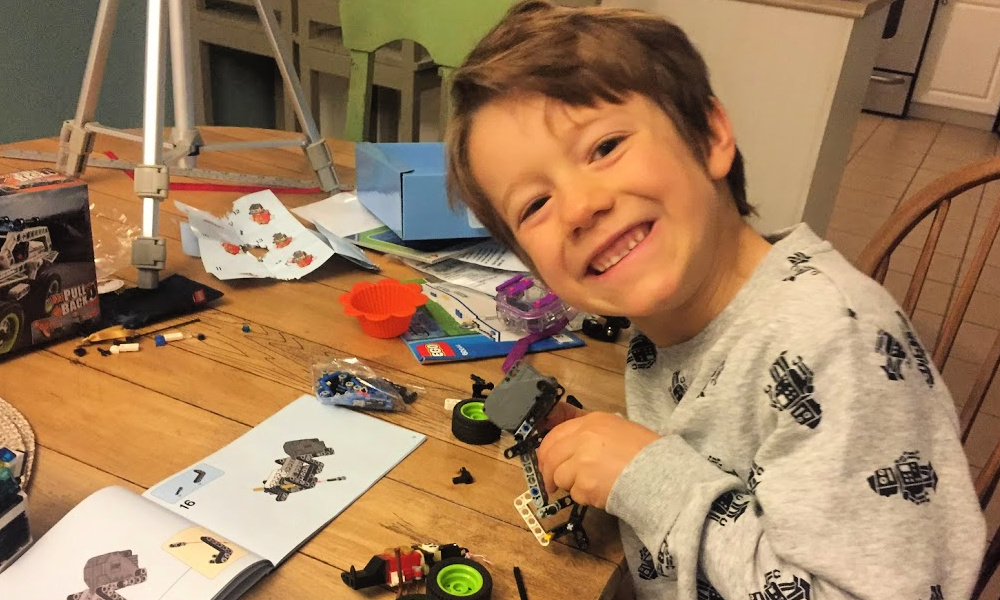 I almost choked on my tea. Keep in mind, we were negotiating a reasonable rate for the “extra” chore of vacuuming — not how much I’d pay him to scrub every square inch with a toothbrush while simultaneously reciting times tables and learning two new languages.

Our kids? Have no concept of money. All they know is that they really like it. Money buys Lego sets and gummi bears and Monster High dolls and slushies. “Coin money” makes the rides move at the mall and dispenses tiny servings of dusty candy in the machines by the food court.

When they get money as a gift, it’s the greatest thing ever. They delight in carrying it into the store — or, more often, handing it to me in exchange for using my credit card to buy a special toy online. I can’t really blame them here, because it’s nice to choose something yourself. It’s just that I wonder if they’re a little *too* fixated on money?

I didn’t get an allowance as a kid. My mom said she’d either give me allowance and the money train would stop, or I wouldn’t get allowance and she’d continue to pay for things like treats video rentals and trips to the movies. I happily shut up about allowance — I already had the better deal.

We discussed the chores they need to do each week in order to earn that allowance — make their beds, keep their rooms clean, put their clean laundry away — and they know they won’t see the money if they don’t stick with those basic chores.

(As someone who doesn’t mind doing laundry but LOATHES putting it away, I’m pretty excited I get to outsource this job, finally.)

Our six-year-old, though, was not entirely pleased with the idea of six whole dollars every single week. I guess he’s starting to understand the value of money, maybe, because he knows LEGO sets cost “a lot of dollars.” Certainly more than six.

That’s when we started discussing “extra” chores. I said I wouldn’t put a set dollar value on a chore until I assigned it, but promised I could come up with a list of chores if they felt compelled to earn a little more cash one week. Vacuuming, sure — they could do that sometimes for a couple of bucks. (Not, as my son suggested, $90 for all three levels.)

I scribbled a quick list of chores they could probably handle, and now I’m kind of looking forward to assigning them. They could clean all of the junk out of the minivan and vacuum up the crumbs — that would be nice, actually. They could take the compost out for me (ew, ew) if they really wanted a buck or two. I’d be teaching them the value of working for a dollar, right?

We’ll see how long the allowance system actually lasts — and who cracks first, me or the kids. In the meantime, I’m going to daydream up some really nasty household chores to see how far they’ll go to earn that pricy Playmobil set.

This could get interesting.

Category: Allowance, Chores, Parenting, Stuff we do, The Mom Scene