I’m 32 and sleep with a stuffed animal

… but really, that’s not the point of this post. The point is that MY STUFFED ANIMAL IS HAVING A BETTER SUMMER THAN ME.

It all started when we (ahem, my husband) forgot to pack Billy Bunny when we were heading home from our Ontario vacation at the beginning of July. I kind of freaked at him, but also blamed myself … and, also, was sad. Bitmoji-level sad.

I knew Dad would mail him back so I didn’t want to pester him about it. Plus there was the whole postal strike business at the time, and I certainly didn’t want my beloved Billy B. to be stuck in a box for weeks on end.

(And it’s not like I can’t sleep without him. I can. I just … would feel a lump in the covers and have a momentary flash of thinking it was him, and then remember he was gone and be sad. Normal stuff, right?)

Dad texted me earlier this week to say he was on his way, so I was excited when I saw the box in the mail. Billyyyyyyyyy!

What I wasn’t expecting, though, was this … 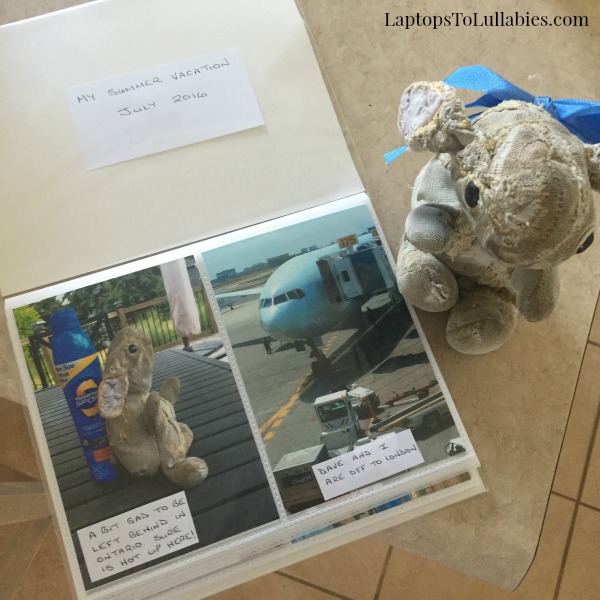 My dad (a pilot) and my stepmother (a flight attendant) secretly TOOK BILLY AROUND THE WORLD in July and photographed it all in the most adorable photo album.

He saw the sights everywhere!

So my sweet little ratty bunny, Billy B., officially had a better July than me … and probably most of you, too. 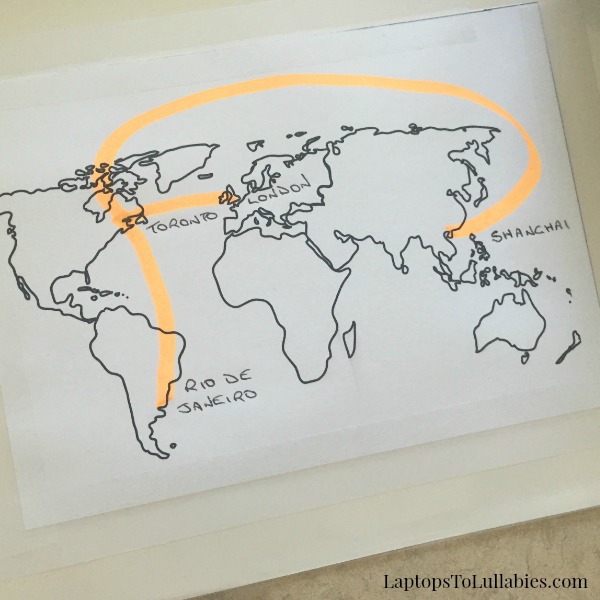 Thank you, Dad and Debbie, for giving him the time of his life! He won’t stop talking about the Olympics and is trying to fake a British accent, but I’m so glad he’s home.

Category: Adorableness, It's all about me, Mommy confession

← The rainbow quilt
Why you should paint your hutch →