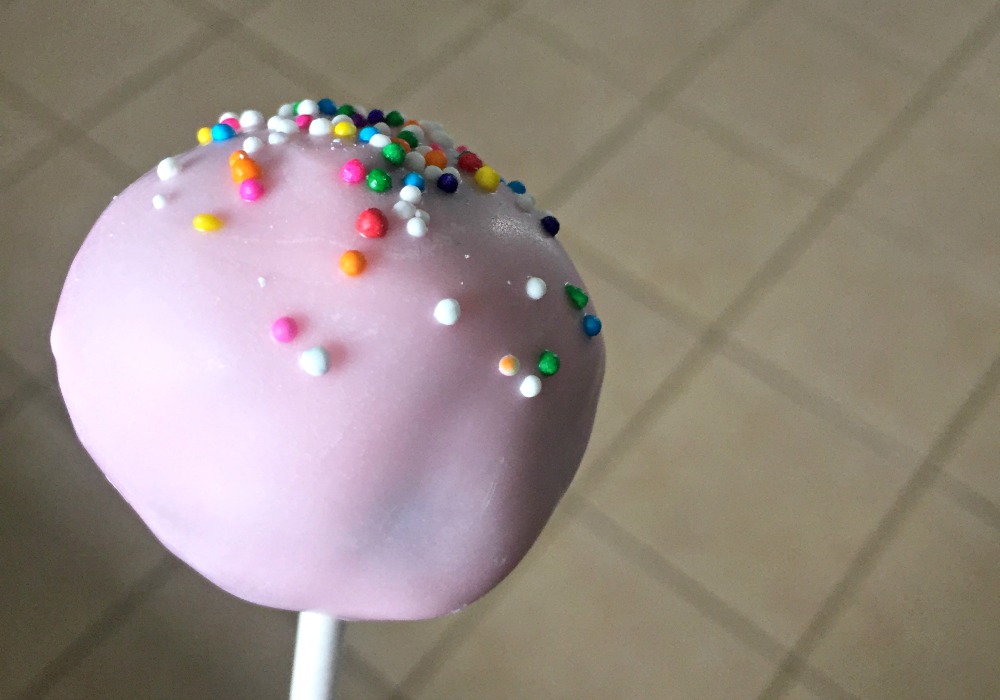 I always admired parents who made cake pops. They seemed so fancy and I’d imagined they’d spent hours in the kitchen, perfecting each little ball of cakey goodness before dipping it and decorating it.

While I’m definitely better at baking than cooking (which isn’t saying much), I don’t like making cupcakes because I find it a pain to frost them individually. I prefer to just slap some frosting on a cake — much faster — and maybe toss on some sprinkles. I assumed cake pops were way out of my league.

But when we threw a “mobile” birthday party for our daughter back in April, I realized cake pops would be really convenient. We wouldn’t need to pack napkins or muck around with globs of frosting and we’d also avoid the crumbs that come from half-eaten cupcakes.

I was shocked to discover that cake pops were MUCH easier than I’d imagined. They were actually kind of fun to make! They were tidy to eat, really delicious and a huge hit with our party guests (and their parents).

So, if you’ve been tempted to try making cake pops but figured they were too difficult, here’s exactly how to master them on your first try … 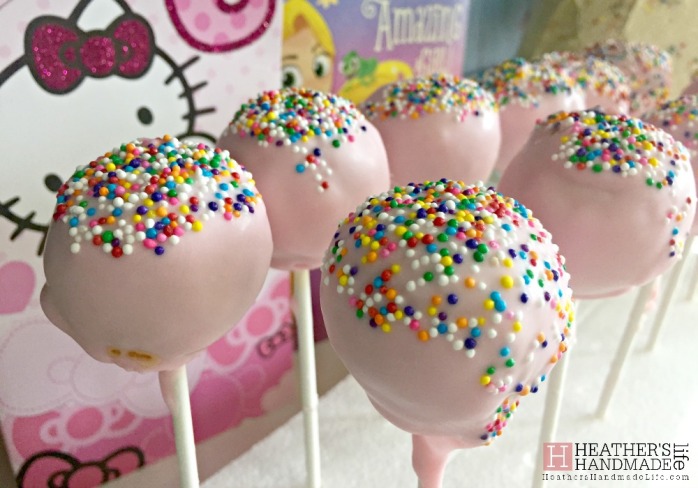 Once the cake pops were hardened, we were able to cover them individually in plastic wrap tied with ribbon. Even the unwrapped ones travelled beautifully, all stacked up in a plastic container. They were gobbled up without any mess, since each one is only a few bites’ worth of cake, and everyone loved them.