Five ways to prepare your child for Primary 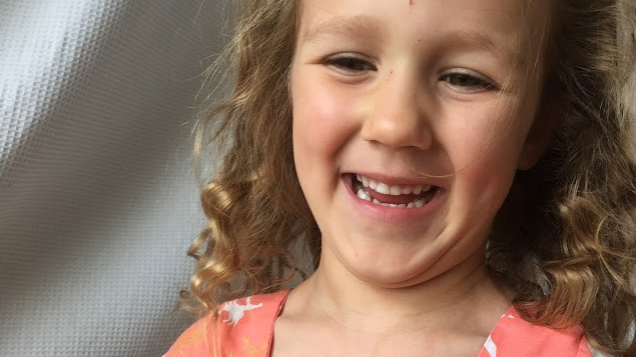 Our daughter is all registered for primary in September and with that comes a flurry of meetings and orientation sessions for both of us.

Even though I went through all of this two years ago with our son, I was surprised by a few of the “primary readiness” tidbits I’d forgotten.

If your child is starting school in September, here are a few things you might want to spend the next few months working on.

I’d forgotten that scissors training was a thing. Sure, my daughter knows how to use scissors — heck, she has her own hot glue gun — but is she on par with her peers? Can she cut straight lines and wavy lines and, I don’t know, corners?

There was also a discussion on developing fine motor skills. Several of the primary teachers said building with Legos and doing puzzles were two great fine motor activities and that using Play-Doh strengthens the muscles in their little hands.

Who knew that was something to be considered? Not me, for sure. (I’m famous for getting fed up every few months with the dried-up cans of crumbly Play-Doh and throwing it all in the garbage, only to re-buy fresh stuff once I’ve forgotten about the mess.)

Incoming Primary students need to be able to do it all solo, from unbuttoning and unzipping to wiping, flushing and washing their hands. No problems there, but I did make a note not to dress our daughter in her cute little rompers for school. Full-on nudity in the school bathroom is probably not ideal.

I’d thought I was ahead of the game for this one, since our daughter can print all nine letters of her name without a problem. But I’d forgotten the first thing they learn in Primary is to start their name with an uppercase letter and make the rest of the letters lowercase.

So, over the last couple of weeks, we’ve been breaking her habit of using a mixture of uppercase and lowercase letters (“CHArlottE”) and writing in sentence form instead (“Charlotte”). She is not pleased because lowercase e’s are more difficult (they’re often upsidedown and backwards), but I know this practice will help her immensely when September rolls around.

4. Taking shoes/coats on and off

The teachers kept stressing not to send your child in sneakers with laces if they couldn’t tie their own shoes, and I kept wondering why anyone would think that was a good idea.

They said to make sure indoor and outdoor shoes have velcro or those stretchy coiled laces that don’t need to be tied. (I’ve bought ours at Payless and they’re worth every penny when you can’t find a pair of velcro shoes you like.)

Our daughter’s fine for taking her shoes on and off, but she’s terrible about mixing up her left and right. She gets it wrong 100 per cent of the time. This summer we’ve got to work on this, because otherwise she’s likely to end up with permanently misshapen feet.

Later in the summer, when we get her a fall jacket, we’ll also work on making sure she can zip and unzip without help.

5. Recognizing/being responsible for their belongings

I’m all about custom labels. Our son, who’s currently in Grade 1, has only lost one water bottle and one glove. (He was devastated both times.) The water bottle was mysteriously found almost a full year later, by a classmate, at a totally different venue in town. Thanks to his name label, we got it back. It was a strange, unexpected reunion. The glove was not labeled and never found.

Everything that goes to school gets labeled — I’ve already ordered a fresh batch of Mabel’s Labels for both kids — but that doesn’t mean a kid automatically knows what stuff is theirs. The teachers said we should make sure our children can spot their name, whether it’s on a worksheet or a desk label, and know which backpacks, coats, shoes, etc. belong to them.

They also need to know how to open/close their water bottles, thermoses and any other containers you might pack in their lunch. We bought an easy-open thermos that’s still going strong almost two years later, so look for products designed for young children. (Apparently my son loves opening his friends’ thermoses at their lunch table.)

We’re all excited for our girl to head off to Primary, and it’s going to feel like a long summer as we count down until the big day. With a bit of practice — especially with letter e — we know she’ll get off to a great start.

One Comment on “Five ways to prepare your child for Primary”