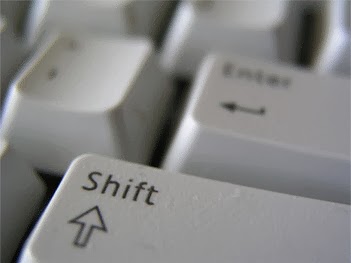 I think the hardest part of being a grown-up — for me, at least — is that no matter how much I organize and categorize my life, it’s always shifting.

I love order and routine and knowing exactly what’s going to come next. A totally typical first-born, Type A with divorced parents. Textbook!

And while I do my best to stay hella-organized, there’s just only so much in life I can control. Which I’m grudgingly accepting, but not really LIKING, you know?

Well, in the summer he started contracting part-time at Job A again (because they missed his awesomeness) while still working full-time at Job B. It was hectic, but it was good to have the extra money. His contract ended on Dec. 31, so he’s back to one job. Which is good in terms of having more time at home … but then, of course, I feel more pressure to work (since he’s home to help with the kiddies). Oh, and of course, his work schedule has been changing all the time, so it makes it hard to get into a groove … and when we do, it’s gone again just as we settle in.

I usually feel like I’m fighting the whole Mommy War against myself, as I feel conflicted about hiding away in my office to pound out stories (and bring in freelance cheques). Some moments, I absolutely love it — peace! quiet! professionalism! paycheques! — and other moments, I wish I could just hang out with the kids and be a real stay-at-home-mom.

There’s nothing to really change about that. I know moms who march off to an office job feel the same conflict, and I know moms who stay home (and don’t work) do, too. I just keep reminding myself that yes, I am extremely lucky to be able to work from home. I wouldn’t have it any other way, but that doesn’t mean it’s not ever difficult or frustrating.

The kids are delicious as always. Little C is trying her mightiest to be potty-trained long before she turns two. It’s been kind of insane to see her little pantied butt running around the house. Wasn’t she born like five minutes ago? She is full of personality and spice, and basically rules the roost.

D is still loving preschool. He comes home every day announcing new things that he’s learned, like how you have to stay away from poisons (“run away” actually). Earlier this week, he demonstrated how to stop, drop, and roll “if da fire gets on yer clothes.” It didn’t even faze him, and yet he was terrified of the poisons coming out of the cupboard to get him?

Other than D’s room renos a few weekends ago, not much in new house-wise. I’ve used up just about all of the walls (yes, really) and every room is decorated except two of the bathrooms. Sad because I love planning rooms, but happy because the house is looking a lot more “finished.” I’ve been feeling a purge-y urge lately, and sold a few pieces of furniture on Kijiji (bookcase, changing table, dresser) because we simply don’t have room to keep anything extra. The joys (?) of having a house with very, very little storage, but I know it’s good to “move lightly through life” and not get all Hoarders-esque.

The New Year’s resolutions are going OK-ish. Darling Husband and I have been on TWO date nights this month (excellent), I’m not having any luck losing the post-nursing weight (although haven’t really been trying yet, ugh), and my flossing has been subpar (keep forgetting).

On a creative note, things are wishy-washy lately. I really, really, really want to write a new novel and restart the trying-to-get-it-published process. As longtime readers remember, my first (and last) novel was dropped like a hot potato literally the exact same day I found out I was pregnant with D. I don’t even have the desire to try to get that novel published anymore, because I feel like I’ve grown a lot (a lotttt) as a writer in the last four (!!!) years. I have some general ideas for a new one, but not anything really plotty (to use a totally real term). I just have the desire, but not the … plan?

(Also — and this can be filed under “Sad but true” — now that writing is my career, I find it kind of exhausting to think about spending MORE time writing in my (very limited) spare time. Isn’t it strange how that works? Spend my days at a desk job project-managing, and I can get up early to write. But write full-time, for a living? And it’s like I’ve run out of steam when it comes to “creative” writing.)

I haven’t even been sewing lately. Not for three or four weeks, which is a lot considering I was obsessed with sewing for a solid six months. I started my little dress business in August, and I’ve done OK selling to friends and acquaintances via Facebook. That was exciting. But when I got the opportunity to put them in a real store here in town, it was basically a huge bust. I sold ONE — and that was to a dear friend, who would have bought it directly from me anyway. I took the dresses out at the beginning of January, because it was depressing to keep them there. I think (hope?) they would have sold better during the spring and summer, but oh well. I’m not sticking around to find out.

I still love making dresses — and made a few last month for C that turned out well — but I’m not into the idea of mass-marketing them unless I have a set venue to sell them in. Some of my friends sell crafty-goods at shows, but I’m not sure I’m sold on the idea. When I start back up again, I may just make pieces I want to make, and post them online to see if anyone’s interested. I like doing custom orders, because it’s fun to know who’s going to wear it while I’m making it.

I’m also toying with the idea of making more “decor-like” items to sell — namely paintings and mixed-media canvases for kids’ rooms. My only creative project lately has been making things for C’s room and D’s room (as part of the mini-redesign) and it’s been really fun to paint again, and play around with embroidery.

I have no idea what the point of this post was, except to explain my absence a bit and let you know where my head space is right now. January hasn’t been a bad month at all. It’s just been a not-feeling-very-settled month. Lots of work, lots of scheduling issues and changes. Lack of direction with my creative projects. Ambivalence about the direction of my writing career — if I’ll ever actually be a novelist like I planned, or if newspapers and magazines are going to be my jam permanently — and how I feel about that. While I still love the idea of writing books, I’m also finding it hard to believe I ever had creative fiction floating around in my head — these days, it’s all facts-facts-facts, and it’s feeling very comfortable.

Category: Career, Craftiness, It's all about me, Novel