Secrets, lies, and lying by omission 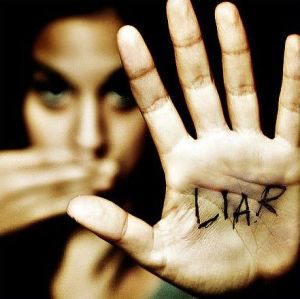 While out for a fun night with the girls — most of whom are colleagues — I was asked when Darling Husband and I are going to start trying to have a baby.
“Ohhh, not for a while,” I replied, shaking my head casually like it was the furthest thing from my mind.
Little do they know, I have a freaking COUNTDOWN on my BLOG that is all ABOUT THIS VERY TOPIC. Ironic, no?
I’ve gotten so used to telling the truth to all of you, and to family and friends, that it felt weird to pretend like we weren’t even thinking of it.
There were a couple of other girls there that are married but without kids yet. I felt like they were playing their cards close to their chest as well.
A few months ago, one of them commented to all of us that she would consider trying “in a few months.” Well, “a few months” has arrived, but no one asked her about it. I wanted to, but I didn’t want to be the obsessed girl who remembered a conversation from February.
In other news, remember the three preggo books I ordered? Well, crap, crap, and crappier — they have not arrived, and according to the tracking, appear to be stuck two provinces away.
The bad part is not that I’m impatient to read them — which, of course, I am — but that I had them shipped to the office … and am now terrified that because of the delay, they will arrive unexpectedly and someone else will open it. Geez.

One Comment on “Secrets, lies, and lying by omission”